The Costa Rica Cricket Federation is the official governing body for the sport of Cricket in the country.

The Costa Rica Cricket League was established in 2005 and Costa Rica is a founding member of the biennial Central American Cricket Championships, inaugurated in Belize in 2006 and last held in Panama in 2015.

The CR Cricket Association was formed in 2000 and registered with ICODER, the Costa Rican Sports authority in 2003. It upgraded it’s status to that of Federation in 2009, so inscribed at the National Registry, in 2010 was granted National Representation as sole governing body of Cricket in Costa Rica and in 2014 was recognized as being in the public interest.

The Federation presently has four Cricket Sports Associations as members, which are Caribbean, reflecting the birthplace of Cricket in Costa Rica in about 1880, Corsairs CC, Croquet & Cricket Club of Costa Rica Women’s Cricket Association. 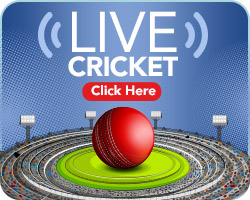